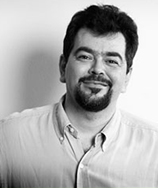 Hernan Justo has served as Carolina Ballet Theatre’s Artistic Director since 2000 and is involved in all aspects of the company: from teaching classes, coaching, teaching afterschool dance and outreach classes to creating original works. He began dancing in 1974 at the Instituto Superior de Arte Teatro Colón in Buenos Aires, Argentina. He joined the ballet Estable del Teatro Colón in 1982 and was then invited to perform with the Ballet del Teatro Argentino de la Plata two years later. In 1988, his career took him to the Ballet de Santiago, Chile, where he performed ballets by John Cranko, Ben Stevenson, Ronald Hynd and Andree Prokovski among others. After three years, Hernan joined the Ballet Clásico de Cámara in Caracas, Venezuela, under the direction of Nina Novak, formerly prima ballerina of Les Ballet Russe de Montecarlo. In 1992, Justo participated in the XV International Ballet Competition in Varna, Bulgaria, one of the most prestigious and rigorous competitions in professional ballet, in which he and his partner won the “Best Couple” award. Justo was later featured in two gala performances, dancing Black Swan Pas de Deux. He has also won the distinction of “Best Classical Interpretation” at the Prix Volinine in Paris, France, in 1993. Justo became a principal dancer with the North Carolina Dance Theatre in 1994 under the artistic direction of the late Salvatore Aiello, with whom Hernan performed many of his ballets such as Clowns and Other, The Nutcracker, Coppelia, Turn of the Screw and Rite of Spring. Later, under the artistic direction of the renowned Jean Pierre Bonnefoux, Patricia McBride and Jerri Kumery, all artists affiliated with New York City ballet, Hernan added to his repertoire several Balanchine masterpieces for which he was critically acclaimed by Dance Magazine and The New York Times. In 2000, he was invited to become Artistic Director of Carolina Ballet Theatre by its founder Barbara Selvy. His latest original work, Arriving in Indigo City, is a collaborative effort of music and dance that premiered at CBT’s 30th anniversary gala in March 2003. To this day it continues to fill seats as a huge part of Greenville’s Artisphere Festival. 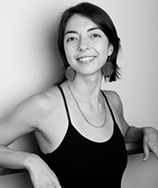 Anita Pacylowski-Justo is a native of Columbia, MD. She started ballet at the Columbia Conservatory Ballet in Columbia, Maryland and the Reston Conservatory Ballet with founder Julia Cziller. She continued her training at The Washington School of Ballet in Washington D.C. under the artistic direction of Mary Day and associate director Patricia Berrend. Her senior year in High School, she received the Princess Grace Award in Dance, National YoungArts Level 1 winner, and received the Presidential Scholar in the Arts in Ballet award at White House. She also was a finalist partnered by now National Ballet of Canada’s Executive Director Barry Hughson at the New York International Ballet Competition in New York City, and semi-finalist at the Prix de Lausanne competition in Lausanne, Switzerland.

Throughout her school training, she credits her vast exposure to some of the best teachers, dancers and choreographers at the Chautauqua Institution in Dance in Chautauqua, NY. She trained and performed for fourteen summers as both a student and a founding company member under the artistic direction of Jean-Pierre Bonnefoux. Teachers and choreographers include Patricia McBride, Mark Diamond, Violette Verdy, Michael Vernon, Alonzo King, John Clifford, Peter Pucci, Graham Lustig, Mark Godden, Jacqulyn Buglisi and Connie Dinapoli. She also met Artistic Director, Salvatore Aiello and Ballet Mistress, Jerri Kumery in Chautauqua, which lead her to join the North Carolina Dance Theatre (Charlotte Ballet).

In Charlotte, she performed as a Principal Dancer, for seven years with NCDT under the Artistic Direction of Salvatore Aiello and then after Jean-Pierre Bonnefoux, Patricia McBride and Jerri Kumery. She performed the late Artistic Director Aiello’s masterpiece Rite of Spring, Alvin Ailey’s Feast of Ashes, Alonzo King’s Chants, Dreamer and MAP, Paul Taylor’s Company B and Esplanade, Vincete Nebrada’s Pentimento and principal roles inBalanchine’s Serenade, Rubies, Concerto Barocco, Allegro Brillante, Tchaikovsky pas de deux, The Four Temperaments and Who Cares? This is where she met fellow dancer Hernan Justo and danced many roles together. Hernan purposed to Anita onstage after a season performance, in front of packed house at the Belk Theater at Blumenthal Performing Arts Center.

In 2001, she came to Carolina Ballet Theatre in Greenville, SC to join her husband as artistic leadership of Carolina Ballet Theatre. After the birth of her daughter Sofia, she trained with her husband to be a founding member of the professional dance company. In 2004, she became director of the School of Carolina Ballet Theatre (DanceArts Greenville) after founder Barbara Selvy retired. She continued to dance with the founding members of the company and join them both nationally and internationally on tour. After the birth of her second child, Nicolas, Anita delved deeper into choreography such as The Four Paintings of Frida, Afternoon Delight and Mahabutha on CBT. In 2009, Anita received the nomination to compete in the XVII editionof the Benois de la Danse in Hernan Justo’s choreography Pulling the Stringspas de deux. Know as the “Oscars” of ballet, this performance in Moscow’s Bolshoi Theatre unfortunately was cancelled due to the world economic crisis that made an impact on the cultural projects in Russia. She retired as principal dancer of CBT in 2011, after nearly ten years with the company.

During that time she also coordinated and facilitated many of CBT’s arts integration work through Metropolitan Arts Council’s SmartArts program, a partnership between Greenville County Schools (GCS) and the Metropolitan Arts Council (MAC) that connects students, artists and teachers to deeper learning and self-awareness through integrating the arts with all areas of education. As a founding teaching artist in dance, she taught for over ten years and was part of their Train the Trainer program.

As a Presidential Scholar in the Arts (‘89) Dance alumni, Anita served on the Presidential Scholar Alumni Association’s steering committee to build a network and platform for PSA dance alumnus. She continues to keep relations with the organization with intent to build a network of PSA in Dance Alumnus that can share their talents to the next generations.

As co- artistic director of DanceArts Greenville for 17 years, her goal is to provide high-level training in a family friendly environment. She continues to guest teach in ballet and contemporary, and choreograph new works at dance schools across the Northeast and Southeast, and to discuss dance education with many of the top directors and teachers in the world.

She commutes on weekends as the Associate Academy Director of Charlotte Ballet for the past three years. Focusing on their younger division of the Academy and rehearsing and directing Charlotte Ballet’s children cast. She is Director of Curriculum for Preparatory, Beginning Ballet and Levels 1-3. She is faculty of the Academy and Summer Intensive and instructor in their National Summer Intensive Audition Tour.

She works side by side with her husband Hernan Justo, as Carolina Ballet Theatre’s Associate Director and looks forward to more involvement in managing Hernan Justo’s 20thAnniversary season as CBT’s Artistic Director.

Erica is a native of Springfield, Illinois, where she began dancing at the age of 3 under direction from Grace Nanavatti. She then joined the Springfield Ballet Company in 1999 under the direction of Julie Ratz and performed many leading and soloist roles including Sugar Plum Fairy, Snow Queen and Dew Drop in The Nutcracker, Juliet in Romeo and Juliet, Odette in Swan Lake and Princess Flourine in The Sleeping Beauty. In 2005, Erica moved to Greenville, SC to start her professional training and career with Carolina Ballet Theatre under artistic direction from Hernan Justo. She has performed in many leading and soloist roles in both classical and contemporary ballets set by Hernan Justo and resident choreographer Francesca Genovese. These include Sugar Plum Fairy and Clara in The Nutcracker, Carabosse and Aurora in The Sleeping Beauty, Ambrosia in Francesca Genovese’s The Ribbon, Eva Peron in Hernan Justo’s The Chestnut of your Eyes erased and the wife of a military soldier in He Never Came Back. Other ballets include Tangofusion, Le Corsaire, Giselle, True Blue, Down Home, Cinderella, Pulling the Strings, Virginia’s Mine, Hunchback of Notre Dame, Paquita, Raymonda and Celebration of Women. Erica also had the extreme privilege of working with and performing Alonzo King’s “Map” and Dwight Roden’s “Beetlejuice”.
Erica has been a dance instructor for the past 10 years and started teaching for DAG in 2007. After recently moving to North Carolina to work with Piedmont School of Music and Dance for 2 seasons, she is now coming back “home” and is beyond thrilled to be teaching back at DAG! Erica teaches all styles of dance but this season at DAG will be teaching ballet, tap, jazz, lyrical and working with the DAYCO students!! She looks forward to a fun and very exciting year ahead!

Meghan Loman – Born in Springfield, Illinois and currently in her fifth year with Carolina Ballet Theater under director Hernan Justo. She began her training with Grace Luttrell Nanavati at Dance Arts Studio in Springfield and began performing with the Springfield Ballet Company in 1999. She auditioned for the first year of their Trainee program at age 10 and later was accepted into the Company as a member performing soloist and then principal for over 10 years. In 2001, Meghan placed in the top ten of the Youth American Grand Prix Chicago semi-finals, went on to compete in the New York City finals and performed in the Grand Gala.

In more recent years, Meghan found a more chancy and dynamic performance style in aerial arts. This year she started her own company called Loman Uplifted and opened a studio to have the opportunity to share her love for all thing arts and fitness. She has choreographed several pieces for her students and has had the opportunity to perform her own solo works across the U.S. She has earned certifications to teach in Aerial Silks, Lyra and Sling from Circus Arts Institute Atlanta, Aradia Fitness in North Carolina and Womack and Bowman in Los Angeles.

Josiah brings a vibrant energy and technique to the stage. His training includes New Haven Ballet, Chautauqua and

Carolina Ballet Theatre Announces The Nutcracker: Once Upon a Time in Greenville to be Live Streamed Nov 25th, 2020

The Nutcracker: Once Upon a Time in Greenville Sep 6th, 2020